The draft Power Plan VIII did not develop solar power, only increased wind power capacity, including offshore wind power reaching 7GW by 2030 (including about 4,000 MW in the Gulf of Tonkin and about 3,000 MW along the shelf on the shelf. southern continent). 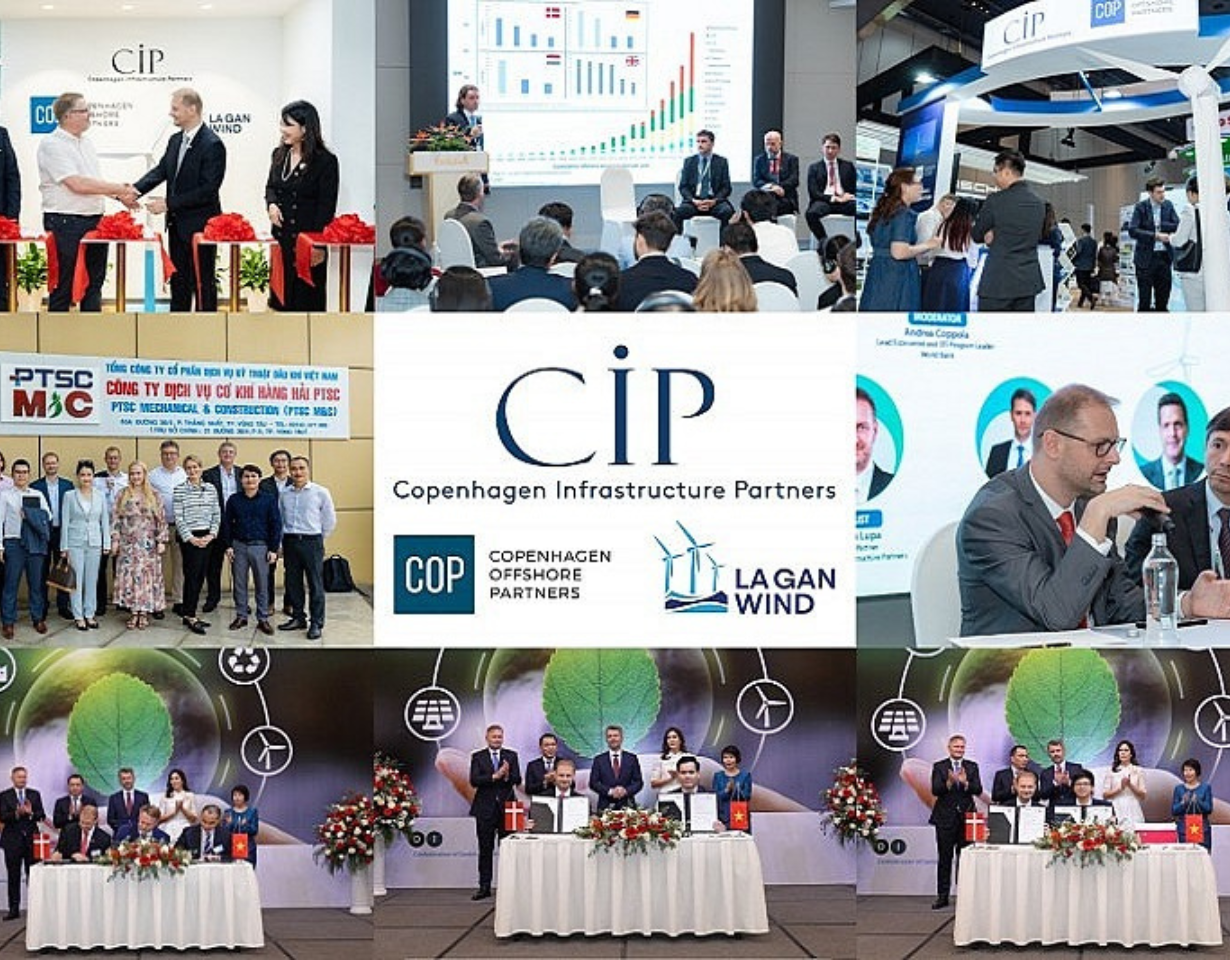 CIP Group is allocated 500 MW of capacity in the first round of Taiwan's Fengmiao Round 3 offshore wind power tender
La Gan is evaluated as one of the earliest offshore wind power projects developed in Vietnam, received the investment approval letter from the province, and also submitted the offshore survey license, received All comments have been made to complete the dossier and are currently awaiting approval from the Ministry of Natural Resources and Environment.

CIP and COP have been working with Binh Thuan province for some time. They look forward to continuing to enhance their relationship to develop offshore wind power and contribute to the province's economy.

In addition to the La Gan project in Binh Thuan, CIP Group also plans to put on the roadmap to develop more than 10GW of other offshore wind power projects in both the North and the South of Vietnam.

Experience in the international market

Considered the world's largest renewable energy fund management group, it not only plans to invest in Vietnam but recently CIP Group (Copenhagen Infrastructure Partners), announced that they had been allocated 500 MW capacity in the first round of Taiwan's Fengmiao Round 3 offshore wind power tender.

Located 35 km from Taichung city, this offshore wind power project is CIP's third project in Taiwan, starting construction in 2025 and going into operation in 2027.

Mr. Jesper Krarup Holst, Senior Member of COP said, “The Fengmiao project will be developed by Copenhagen Offshore Partners (COP), which is a company with strong capabilities in the implementation of offshore wind power projects in Vietnam. Taiwan, and demonstrates our continued commitment to the Taiwan market and the Taiwanese government's offshore wind industry goals."

Mr. Stuart Livesey, Country Director of COP Vietnam said: Since entering the Taiwan market, CIP has actively cooperated with the Taiwanese government and domestic enterprises to develop supply chains and promote push the offshore wind power market. To achieve the set goal, we will apply the experience accumulated in other countries appropriately to the Vietnamese market and contribute to creating positive impacts, and boosting the economy. domestic economy.

“The fact that CIP got the highest score in the Taiwan offshore wind power project auction proves CIP's high capacity and reputation in this field. We will also contribute to achieving the goal of transforming a zero-carbon economy in the project-developing countries, as well as in Vietnam, through working with local authorities and the supply chain to make the project more profitable. can be deployed in a timely manner,” said Mr. Stuart.